Our story started in the late 1930s when John Edward ‘Jack’ Tipper purchased a general store, known as Tippers Corner, in the Brisbane suburb of Milton.  In 1940, Jack bought a section at Brisbane’s Roma Street Markets in the city’s CBD, becoming a primary wholesaler in the city’s original markets.  His two sons, Ted and John Junior, worked for their father.

Ted and John Junior served with the Australian Army from 1941 to 1945.  While John was sent to fight in New Guinea, Ted stayed in Brisbane, serving as an Army provedore.  Jack established a family partnership in 1946 when Ted and John formally joined the business, and the company was renamed J E Tipper and Sons (Growers’ Agents).  The company grew, acquiring two more sections in the Roma Street Markets during the 1950s.

Ernie Wood joined the company in 1950 at the age of 13.  What began as a summer job soon became a career spanning 46 years.  In his early years at the Roma Street Markets, Ernie remembers market workers erecting a net across the road and playing shuttlecock at lunchtime.

The move to Rocklea

J E Tipper and Sons (soon dubbed ‘Tippers’) was a founding agent of Brisbane’s new Fruit and Vegetable Central Market established at Rocklea in August 1964.  The company originally had two selling floors in the Rocklea Markets but quickly expanded, buying another three sections, as well as a warehouse and cool rooms. 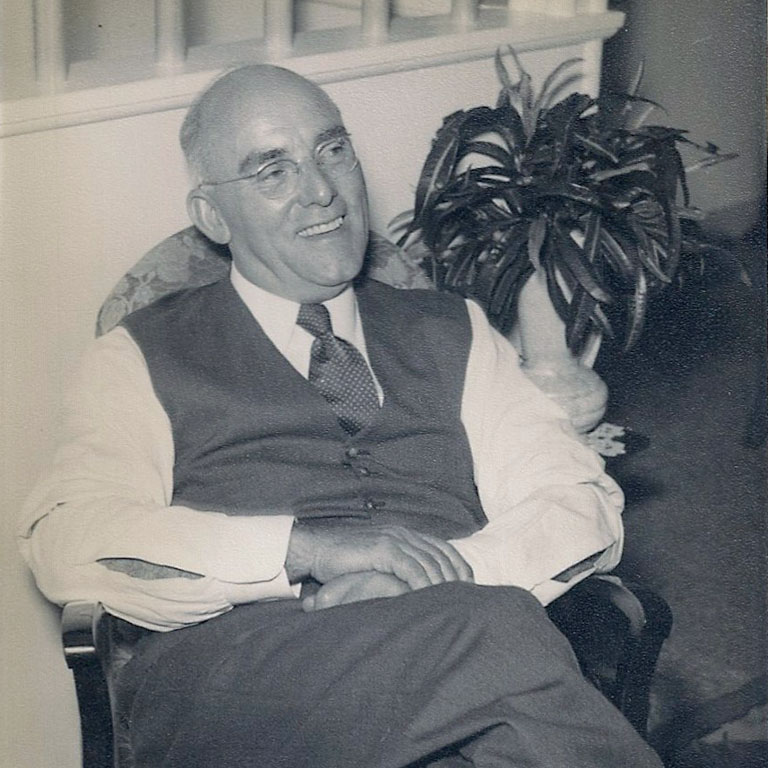 The Markets were badly affected by floods in 1974 and 2011.  During the 1974 flood, produce was sold on higher ground at Curzon Street, Rocklea for a week while the Army cleaned up the site.

When Ted Tipper retired in 1986, Ernie and a partner purchased the company and Ernie became General Manager, a position he held until his retirement in 1996.  Ernie also contributed 23 years of service with Brismark (formally the Chamber of Fruit and Vegetables), representing Brisbane Market wholesalers.  He served 13 years as a Committeeman, one year as Treasurer, five years as Vice President, two years as President and two years as Immediate Past President.  Ernie also served on the Australian Chamber of Fruit and Vegetables (later known as the Australian United Fresh Fruit and Vegetable Association), and was the Brisbane Market President and Australian President in 1991.  In 2013, Ernie was presented with a plaque marking more than 40 years’ service to the wholesale fruit and vegetable industry.

After graduating from university, Ernie’s son David Wood joined the company in 1983 and established the tropical fruit business that has become the company’s speciality.  When Ernie retired in 1996, David Wood, David Davies and two other partners purchased the company and David Davies became Chief Executive Officer, retiring in 2015.   Stephen Barnes was appointed Chief Executive Officer in 2018.

J E Tipper expanded into the Sydney Produce Market in 2001, upscaling its facilities there in 2008 and adding a banana section in 2013.

Diversification and a grower focus

In 2019, the business entered into a joint venture with Australia’s largest papaya grower, Skybury, to establish Tropical Fruit Direct.  Grower focused and consumer driven, the core foundations of the Tropical Fruit Direct business model is to connect the grower to the consumer, by establishing and maintaining long lasting relationships between growers, marketers, wholesalers and retailers.  It seeks to challenge the traditional transactional focused model and provide retail market access for growers large and small.

Expansion of the Queensland operations accelerated in 2020 through the acquisition of Bundaberg based Beemart Enterprises.  A family run business with 60 years of trading heritage, the purchase of Beemart marked a move into the food service, transport and grower services sectors.  Beemart now operates from Maryborough, Bundaberg, Gladstone and Rockhampton.

Although today’s modern Jetbest Group of integrated operations is almost unrecognisable from Jack Tipper’s fledgling enterprise in the 1940s, its principles of professional marketing and personal integrity, coupled with leading edge logistics management, remain at its heart as it continues to build a resilient business taking on the opportunities presented in a vibrant future.